Police clarified that it was a BAE Systems Hawk advanced trainer aircraft (A 3492) that crashed near Kolkata-Mumbai highway.

The two pilots, identified as Sachin and Siddhant, on board managed to eject with the help of parachutes barely seconds before the plane crashed on to the ground and went up in flames. Villagers from nearby villages gathered at the crash site.

The aircraft is took off from the Kaleikunda airbase of IAF in neighbouring West Bengal along with two other aircraft on a training sortie. Initial reports suggested that the crash was caused by ‘mechanical failure’, IAF sources said. 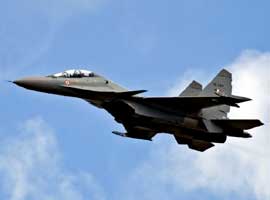 “Both pilots in the aircraft managed to eject. One of the two pilots, who sustained injuries on his head during landing, has been shifted to the district headquarters hospital in Baripada,” said Mayurbhanj SP Surath Chandra Mallick.

On being informed, the fire fighters and police rushed to the spot and doused the blaze on the aircraft.