International Women’s Day, which is celebrated across the world on March 8, is a day when the ‘unsung heroes’ are recognised for their social, economic, political and cultural achievements.

Let’s know about recent innovations by three women from Odisha, who received the Odisha Youth Innovation Award given by the state government. They are Anindita Panda, Subhasmita Swain and Ananya Samal. 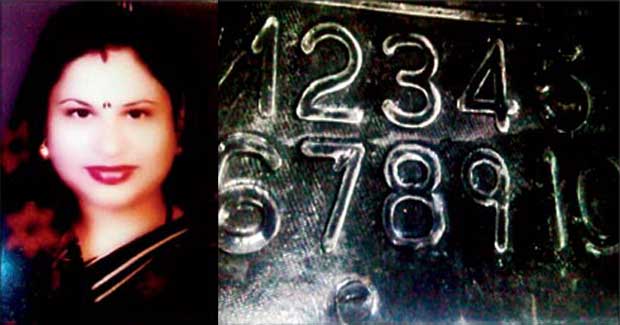 Anindita Panda, a 33-year-old homemaker, took to research after her son had difficulties in practising alphabets while he was a kid. The resultant was a grooved alphabet slate that made learning easy for toddlers.

“When I began to teach my son, it was very difficult for him to grab the letters. His hands were not firm enough to hold on to the slate and I had to sit with him the entire time to make sure that he was going the right way. It was very strenuous for me as I had to manage my household and my kid’s education simultaneously,” said Anindita.

She began her survey and consulted other people in her locality in Cuttack and found out that they too faced similar problems. “I also visited a number of anganwadi centres here to take feedback from the teachers. Most of them said a plain slate was not helpful in bettering the handwriting of the kids. Also, they did not want to let go of slate as they were cost-friendly and most of the local schools here don’t have smart classes or advanced study materials,” she said.

Thereafter, Anindita came upon with the idea of perforating on the surface in the shape of the alphabets. “I asked my husband to take me to a carpenter. I gave him instructions, and accordingly, the piercing was made. I made my son use it and it turned out to be very helpful,” added the native of Balangir district.

Gradually, local kids in the area began to use her slates. “Now, I make the grooving by myself. I am trying to make a number of innovations in it by introducing cursive writing and Odia vocabulary,” affirmed the innovator.

She aims to turn into an entrepreneur soon by launching the product in the market. “I will keep the cost of the slate very minimal, so that it remains affordable for all. I hope this will make childhood learning an easy affair both for the kids and their parents and teachers,” summed up Anindita. 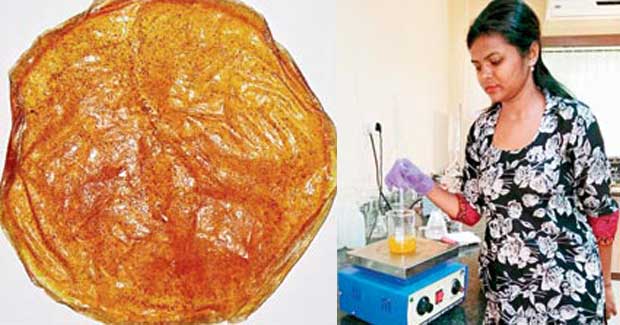 Similarly, Subhasmita Swain, a physics student, after the death of her brother developed a macroporous patch to reduce blood flow for trauma patients. Bio-patches of band type have been widely used in various medical areas for years.

“My brother passed away in an accident. There was heavy blood loss and we were helpless. I had similar experiences with a number of my acquaintances. The situations had a huge impact on me,” said Subhasmita, who recently got her PhD in the field of biomaterial science.

She has developed a chitosan patch by mixing it with turmeric that will not control blood flow but will also dissolve on the skin. “It takes around 10 to 12 hours to prepare the patch. I had to make an umber of trials to make sure that it does not have any side effects on the body. After about trying for over six months, it finally happened,” said the MSc graduate from NIT, Rourkela.

“For girls who have ideas but does not have academic backup it is very difficult for them to go ahead. I feel materials and laboratories should be made available for free,” she said. 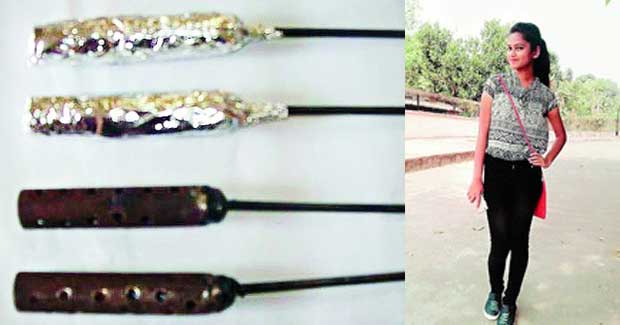 ALSO READ: Sitting capacity of Kalinga Stadium will be increased to 15000

Ananya Samal is yet to attain adulthood, but her innovative bent of mind can surpass the “scientific maturity” of many. The 17-year-old girl has recently developed a novel method of alloy preparation that can reduce loss of materials.

Aluminium-magnesium alloy is of huge use in automobile industry for producing lightweight material. This alloy offers good properties such as low density, good manufacturability and high strength. But the process leads to heavy loss of magnesium.

“To prepare the alloy, molten magnesium is poured into aluminium. This leads to over 50 per cent loss of magnesium. In order to balance the composition, magnesium is used in double portion. Thus there is a lot of unnecessary wastage of magnesium,” she said. The aspiring scientist’s innovative technique involves using a modified stir casting method. This ensures higher recovery of magnesium in the Al-Mg alloy. Asserting that the process is environment friendly and cost-effective, she said: “The loss of magnesium in the process is also around 2 per cent or almost nil,” said Ananya, a second-year diploma student at Government Polytechnic, Bhubaneswar.

“I used to read a lot about compositions and chemical elements. While reading articles I came to know about how materials were lost in huge amounts while making alloys. The more I got into it, the more interest it garnered in me,” said Ananya.

She discussed the matter with her father, who is a teacher at a Bhubaneswar engineering college. “He told me about a number of alternative methods of producing alloys. I also spoke to a number of senior college professors and engineers in the automobile industry,” she said.

But she did not have a place to undertake the experiment. “I asked my father to let me use his college laboratory. After a lot of persuasion he agreed,” she said. “The method can be used in industrial application as well as metal matrix composite manufacturing,” said Ananya with a confidence on her face.

She feels that the scope for women to get into the field of scientific study has increased over the years. “These days, a number of women are getting into the field of technology and scientific research. I feel all we need is a conducive environment and encouragement to break the male-dominated sphere,” said Ananya.