ISKCON has prepared a project report for construction of a Jagannath temple at Puri on 52,000 sq ft of land.

According to the project report, the proposed Jagannath temple has been planned at a distance of 2.5 KM from Shree Mandir, 4.5 KM from Bata Mangala temple and 200 mts from the sea. Bhumi poojan for the project has been completed in November last year.

The BJP state unit has opposed the decision of International Society for Krishna Consciousness (ISKCON) to set up a “Jagannath temple” in Puri.

“No Odia can tolerate the construction of another Jagannath temple by any organisation in the holy town of Puri. The Pilgrim Town is the abode of Lord Jagannath. No scripture allows a second Jagannath temple in the town,” senior BJP leader Bijoy Mohapatra said.

The project proposal of the proposed Jagannath temple by ISKCON is now with the Puri Konark Development Authority (PKDA) and the state government, he added.

“The government should announce in clear terms that it won’t allow permission for construction of another Jagannath temple near Lord Jagannath’s Shree Mandir at Puri. Such clear announcement should be made by the government,” Mohapatra demanded. 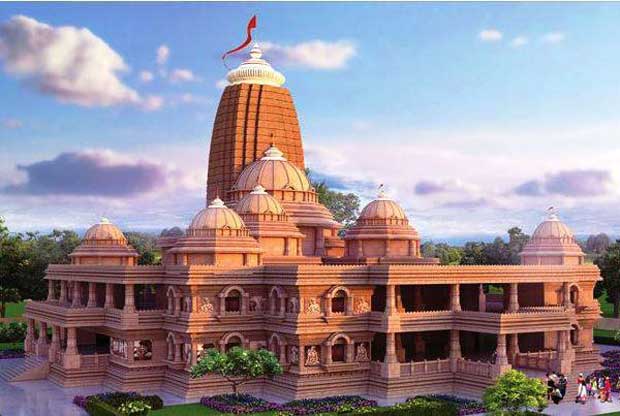 ISKCON had acquired 15 acres at Baliapanda in 1988. It has been deferring the construction plan following resistance from local people.

The proposal to construct a temple also invited criticism from other servitors of the Puri shrine. Lord Jagannath’s chief servitor Jagannath Swain Mohapatra said: “This is an insult to the devotees of Lord Jagannath. No temple bigger than the Lord Jagannath’s, particularly in Puri, should be allowed.”

However, no state government minister agreed to speak on the issue. BJD spokesperson Samir Das said: “The government will certainly not approve such a proposal.”

Iskcon’s public relations officer Radhakanta Mahaprabhu said: “The plan is at its inception stage. Our highest body has not yet approved the proposal. But, we will not take any step that will harm the Jagannath culture. We should be praised for propagating the Jagannath culture across the globe.”