The Bada Danda of Puri turned into a sea of humanity as nearly 15 lakh people watched the millennium’s first Nabakalebara Rath Yatra on Saturday.

This being the year of Nabakalebar that marks replacement of the old idols with the new ones, it was the first occasion when devotees had a glimpse of the freshly painted images of Lord Jagannath, Balabhadra and Devi Subhadra.

Fortunately for them not only the weather held with rain forecast falling flat, all the rituals associated with the festival, including pahandi bije were also performed dot on time. There was no delay in the pulling of the chariots. 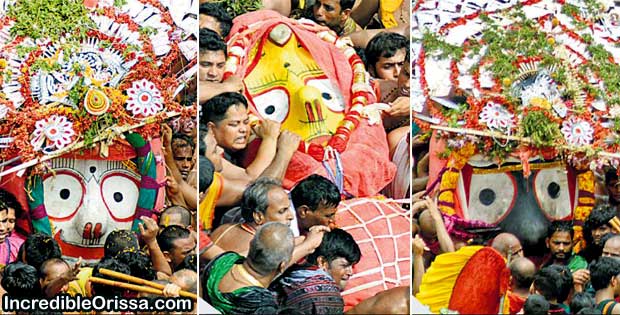