Mamata said once the Jagannath temple at Digha is completed, a large number of tourists will visit the temple and enjoy the facilities on beaches of Old and New Digha as provided at Puri.

The Jagannath temple at Digha will be built on a two-acre land on Old Digha beach at an estimated cost of Rs 2.24 core, The Indian Express reported.

“Just like in Puri, tourists will soon have an attraction like Jagannath over here. Our Jagannath idol will be as large as Puri’s,” said the chief minister.

Tourists will have fun on Digha beach, take bath in the sea and then offer prayers at the Jagannath temple and her Government is committed to the development of the tourism sector of West Bengal, she said.

Some researchers said the move by West Bengal Government to construct a Jagannath temple at Digha is a welcome initiative. But if its design is similar to that of Srimandir in Puri, Odisha must raise its objection. 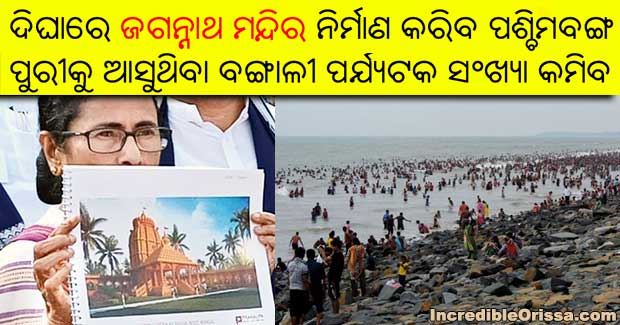