The Lok Sabha on Monday passed the Motor Vehicles (Amendment) Bill, which seeks to reduce crashes, deaths and injuries on roads and bring reforms in the road transport sector.

The bill proposes hefty penalties for various traffic offences, 3-year jail term for parents of minors caught driving and causing fatal accidents, and a ten-fold increase in compensation for the families of accident victims, among other things.

The Bill caps the maximum liability for third party insurance in case of a motor accident at Rs 10 lakh in case of death and at five lakh rupees in case of grievous injury.

The Bill provides for a Motor Vehicle Accident Fund which would provide compulsory insurance cover to all road users in India for certain types of accidents. The Bill defines taxi aggregators, guidelines for which will be determined by the central government.

The Bill also provides for: (i) amending the existing categories of driver licensing, (ii) recall of vehicles in case of defects, (iii) protection of good samaritans from any civil or criminal action, and (iv) increase of penalties for several offences under the 1988 Act.

Improving delivery of services to the stakeholders using e-Governance is one of the major focuses of this Bill. This include enabling online learning licenses, increasing validity period for driving licenses, doing away with the requirements of educational qualifications for transport licenses are some of the features.

ALSO READ: No government jobs if you have more than 2 children 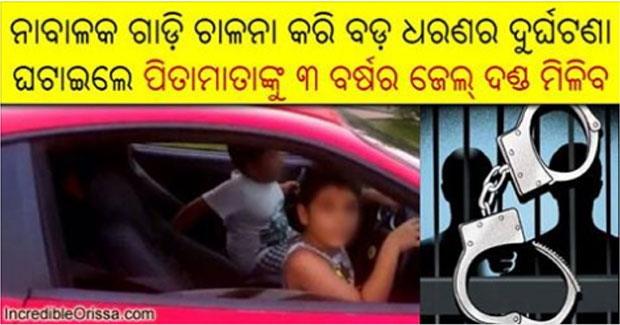