Jaimin Bal is another Odia Director from Odisha who will debut in Bollywood soon with his action-thriller Hindi film titled “The Exit 796”.

It is director Jaimin Bal’s third film. He has made two more movies earlier which includes ‘Mritak’ and ‘Last chance’ which are also about to release in the coming months.

The exit 796 movie is based on terrorism. It is a story about an innocent geek Nafees who plays a protagonist in the film, creates an internet virus. Unwittingly he gets trapped into a dreadful circle of terrorism. He scuffles with terrorists to prevent his motherland. He has to go through lot of turbulences to prevent internet virus from the terrorists who wants to misuse it. To know whether Nafees wins or not, you have to watch the movie in theatres in April 2016. 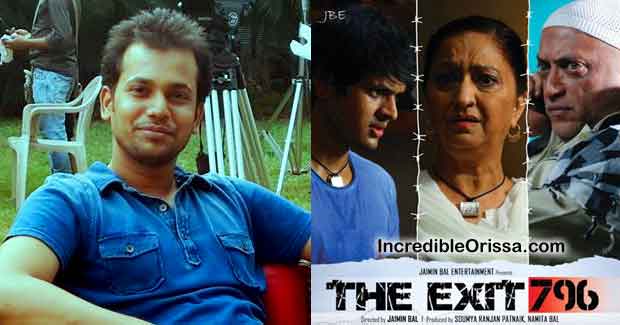 You will get to see lot of emerging talent and new faces which includes Vinayak Mishra, Kirti Sualye and Ruchika Dhankar. Some renowned faces are also playing trivial roles like Rajesh Desai (Bhootnath Returns and Mardaani) and Jateen Karekar (Munna Bhai MBBS and Iqbal). Ranju Cyclone has written screenplay and dialogues of The exit 796.