A video of Japanese Professor Tanabe Akio of Tokyo University speaking in fluent Odia is making waves on YouTube and social media.

It gladdens the heart to see a Japanese national’s fluency in the Odia language and his understanding of Jagannath culture, which is the cornerstone of Odisha’s cultural and religious amalgamation.

In the video, he speaks about absence of caste conflict in Odisha compared to other states in India and attributes it to Jagannath culture, the unifying factor. This peaceful co-existence among people of different castes drew him to the eastern Indian state.

Speaking on Odisha’s influence in Japan, Tanabe draws a parallel between Ratha Jatra and a chariot festival in his country. Though there is no evidence of it being influenced by the one in Puri, there are similarities between the two, he says.

He concludes with an ‘Agnya’ which clearly shows his familiarity with Odia and Odisha. 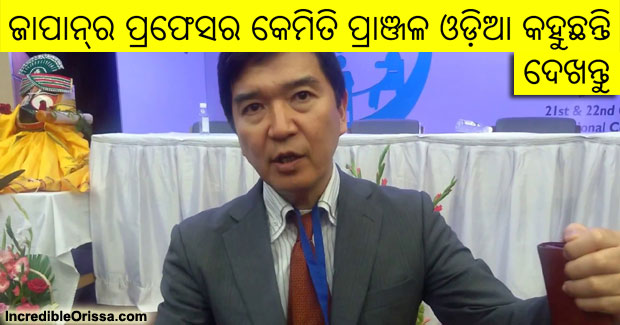