Ace para athlete from Odisha, Jayanti Behera continues to shine and bring laurels for the state by clinching 2 medals at the ongoing Asian Para Games 2018 in Indonesia’s capital Jakarta.

Jayanti, a student of Gurukul Athletics at Sakhigopal in Puri district, had bagged gold at 400 mt race in China Open Para Athletic Grand Prix Championship held in May 2017. She had also bagged silver medal in 100 -mt sprint at the Asian Youth Para Games-2017 in Dubai.

Chief Minister Naveen Patnaik on Tuesday had announced a cash reward of Rs 10 lakh for Jayanti. He also congratulated her and said that Odisha was proud of her achievement. 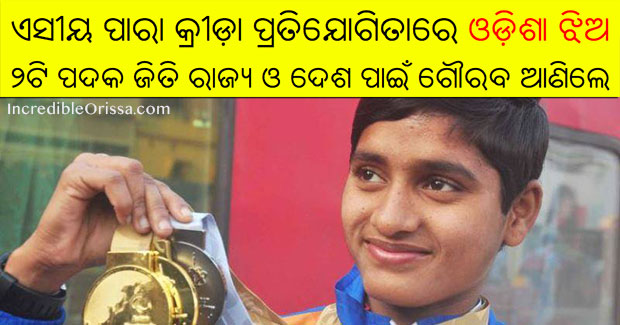