Alliance Air, a subsidiary of Air India, is all set to commence daily direct flight operations from Jharsuguda to Kolkata and back from January 27.

This is an RCS route under the UDAN scheme of the Government of India. The airline will deploy its 70 seaters ATR 72 600 aircraft in this sector.

Jharsuguda is popularly known as “Powerhouse of Odisha” due to a large number of thermal power plants and metallurgical industries. The flight will offer seamless connectivity between the two destinations with convenient timings. The option of swift air travel will give a major boost to the trade & business fraternity as well.

The all-inclusive one-way fares start at Rs 2,758. The timings will be changed from January 31, sources said. The Veer Surendra Sai Airport in Jharsuguda, inaugurated by Prime Minister Narendra Modi in September 2018, is one of the busiest airports under the Centre’s flagship UDAN scheme. 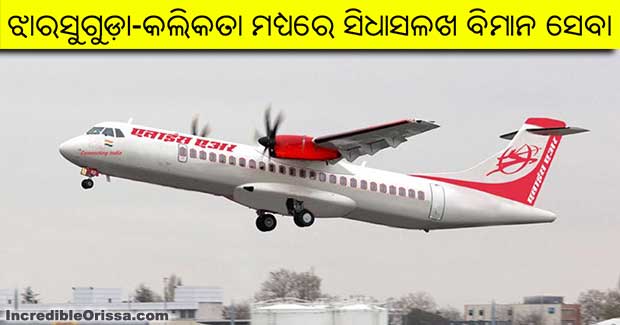