Jindal Steel and Power Ltd (JSPL) will invest an additional sum of Rs 50,000 crore in Odisha’s Angul so that it can achieve the target of producing 20 million tonne steel by 2030, sources said.

“Similarly, iron ore is also available in abundance in the country but its prices have more than doubled. The state government must resume mining. We have already planned to achieve the targeted 20 million tonnes of production in the next 12 years,” he added.

JSPL chairman Naveen Jindal once again knocked the doors of Odisha Government seeking intervention in shortage of coal and steep increase in prices of iron-ore which is directly affecting the operations of his company in the State.

Jindal met Odisha Chief Secretary, Aditya Prasad Padhi at the State Secretariat in Bhubaneswar in this regard. Jindal apprised Padhi about the challenges faced by the company due to shortage of coal and increase in prices of iron ore in the past three years. 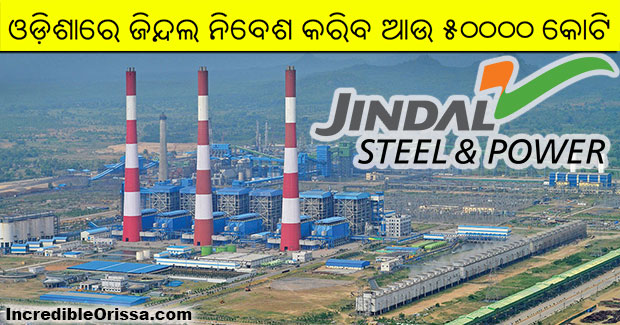