Do you know that Bollywood’s most wanted child actor Jineet Rath is actually from Odisha. He has worked with Aamir Khan, Salman Khan, Hrithik Roshan, Shahid Kapoor, Aishwarya Rai and Katrina Kaif in many Hindi films.

He was also seen in Salman Khan starrer action film ‘Tiger Zinda Hai’. A child artiste, currently residing in Mumbai, he has done more than 200 commercials.

Jineet Rath played the role of the younger version of Ali Zafar in ‘Mere Brother Ki Dulhan’. He played the crucial role of the deceased son of Aamir Khan and Rani Mukerji in the 2012 suspense drama ‘Talaash’. He also had a small role as Prabhu Deva’s son in ‘ABCD 2’.

Jineet was born on 23rd November 2003 to father Ravi Shankar Rath and mother Arundhati Rath in Puri (Odisha). He aspires to become a Superstar-cum-Director when he grows up, just like his favourite actor, Aamir Khan.

His father, Ravi Shankar Rath says that Jineet is a very hard working boy and tries to put in perfection in every shot that he shoots. Be it the character of young Evan Mescharaldes in ‘Guzaarish’ or Samuel in ‘Dam 999’, Jineet has proven his versatility in the field of acting, which is definitely a Herculean task for a young talent like him. 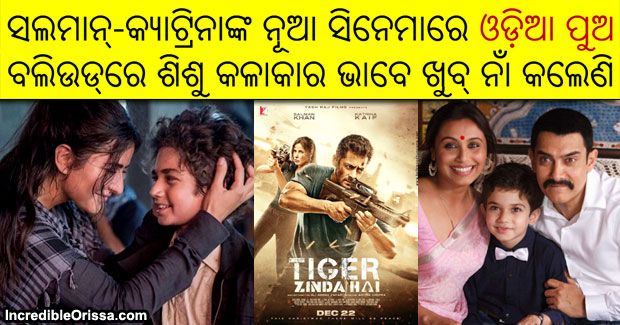