Jockey India is in talks with the state government officials to set up apparel unit in Odisha. Jockey plans to manufacture its available range of apparel from the Odisha facility.

The company has proposed to invest Rs 120 crore on the unit that will generate employment for around 5,000 people. Jockey India is publicly listed as Page Industries.

Odisha’s attempts to lure investors in textiles and apparel, one of its six identified focus sectors, is gaining traction. After playing host to the units of Aditya Birla Fashion & Retail Ltd (ABFRL) and the export-oriented firm Shahi Exports, the state government is wooing Jockey India to set up its manufacturing base.

“Jockey has evinced interest in setting up its garment manufacturing facility. We are ready to offer them land at the Ramdaspur industrial estate after evaluating their proposal,” said an official source.

A report of the Apparel Export Promotion Council (AEPC) titled ‘Location Analysis for Selected Cities in Odisha for Apparel Sector’ shows that Odisha is emerging as one of the top destinations for apparel manufacturing in the country. 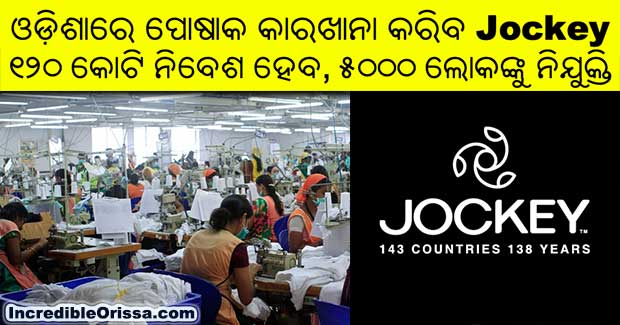