It is a bilingual film. Actors are delivering Odia and Bhojpuri dialogues simultaneously on the shooting spot. 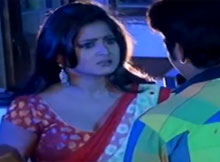 In Bhojpuri, its title is ‘Hamka Isak Hua Hai Yaro’.