The Odisha government has allocated the land, earlier acquired for South Korean steel major Posco, to JSW Steel to set up its mega steel plant of 10 million tonne capacity in Paradip town.

Two years after steel manufacturing company JSW Steel proposed to set up a greenfield steel plant in Odisha, the Odisha Government has allotted 2900 acres land to company for the project in Jagatsinghpur district.

Briefing mediapersons, Industry Minister Anant Das today said the JSW has planned to set up a 10 mtpa steel plant toand will invest around 50,000 crore for the same. The company authorities have been asked to deposit money for the allotted land soon, he added.

Sources said JSW Steel has already begun the process for getting environment and forest clearances for the project. The plant would generate around 30,000 employment in the State, sources added.

JSW has already expressed interest to have a long-term agreement with state-owned Odisha Mining Corporation (OMC) to secure iron ore supplies for its integrated steel project.

Earlier, JSW had asked for 4,500 acres of land near Paradip town to set up the steel plant in phases. It had asked for the land that has already been acquired for the Posco project, said sources. 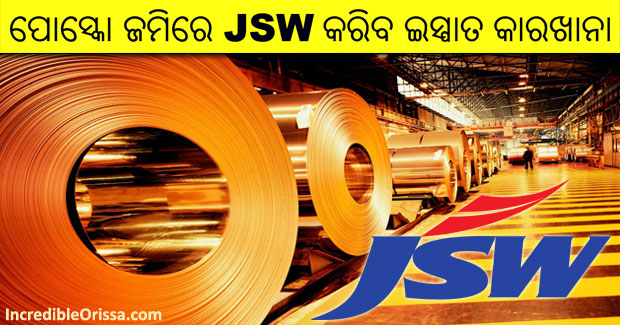