Kalahandi’s traditional folk dance enthralled an audience in London as a 14-member tribal dance and music group, ‘Prativa’, from Bhawanipatna performed there from July 17 to 26. The troupe’s trip is sponsored by the Indian Council for Cultural Relations.

“Tribal India is a huge community-interest project dedicated to bringing world-class artistic excellence to the wider community in the form of interactive exhibitions of culture, art, music and the creative arts,” said the website of the organizers, London-based NGO Red Lotus Events.

Dhynananda Panda, the team leader of Prativa, said he had been waiting for the chance to perform in the United Kingdom. “Folk dances are about history, traditions and showcasing the exotic beauty of the land. The district administration of Kalahandi greets the dance group,” said collector (Kalahandi) Anjan Kumar Manik.

“It is a matter of pride for Odisha, as well as for India, that a dance group from Kalahandi will perform in London.” In 1984, artists of Mahavir Sanskrutika Anusthan, Kalahandi, had performed folk dance ‘ghumura’ in Russia. 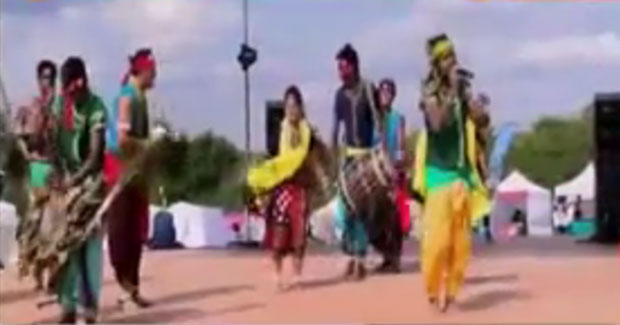