In view of Odisha’s immense contribution to the country in defence, Biju Janata Dal (BJD) MP Sasmit Patra reiterated demand to establish Kalinga Regiment in the Indian army, in the Rajya Sabha.

Earlier Dhenkanal MP Mahesh Sahu has also demanded the establishment of the Kalinga Regiment in Odisha. He said that though the formation of a Kalinga Regiment is a longtime demand of the State, it remains ignored so far.

Placing the state’s longtime demand before the Rajya Sabha Chairman, Sasmit Patra said, “There has been a long-standing demand for raising the Kalinga Regiment in the Indian Army from the state of Odisha. Earlier, late Biju Patnaik had demanded for it. In 2015, it was again placed before the Centre, which was not materialised so far.”

“There should be raising of the Kalinga Regiment considering the contribution of the state to the nation’s defence establishment at the same point of time because it is on the eastern seaboard of India for the protection of such eminent establishment just like the Abdul Kalam Island,” he said.

Batting for the establishment of the Kalinga Regiment in the state, he reminded the House about Odisha’s rich history on war that the country had witnessed in the past. 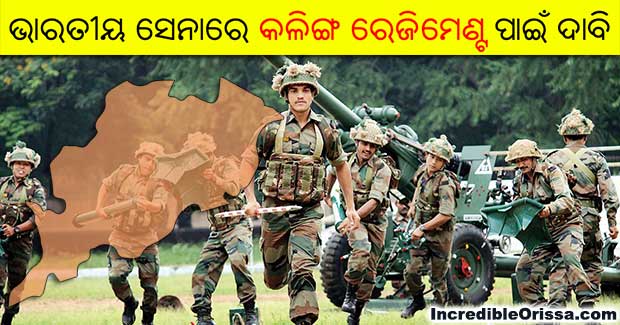