The three-lane bridge over Kathajodi river will be named after Netaji Subhas Chandra Bose. The bridge to ease traffic congestion on NH-5 that connects the twin cities of Cuttack and Bhubaneswar will be inaugurated on July 19.

The bridge, which is said to be longest and first-of-its-kind three-lane bridge in the state, has been much awaited as it would act as a “direct link” between the twin cities.

“At present, it takes around 45 minutes to one hour to cover the distance of 30km from Cuttack to Bhubaneswar. With the construction of the bridge over, one would have to cover a distance of only 20km from CDA Square to Jayadev Vihar via Trishulia and Nandankanan,” said Satyajit Roy, a resident of Bidanasi and daily commuter to the capital.

The forum had earlier urged the chief minister to name the bridge after Mohanty, who passed away in 2002. The forum had launched the movement after Prime Minister Narendra Modi named the 9.15-km-long Dhola-Sadiya bridge in Assam named after legendary singer the late Bhupen Hazarika on May 26. 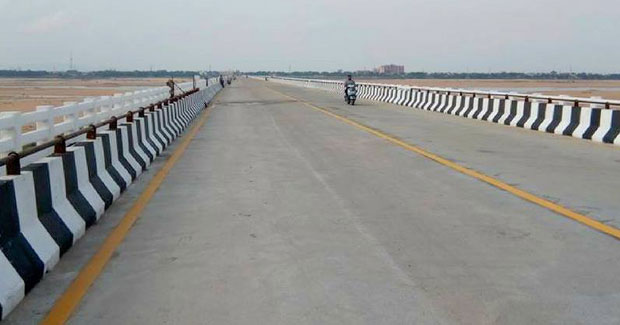