Fortuna Lisa Burke, an official of Guinness World Records, a group of auditors and group of witnesses were present to watch the six-hour-long programme and adjudicate the world records.

KIIT & KISS founder Dr Achyuta Samanta thanked the Guinness World Records officials and KISS students and said it is not only a matter pride for the KISS but also for Odisha as well as entire country. 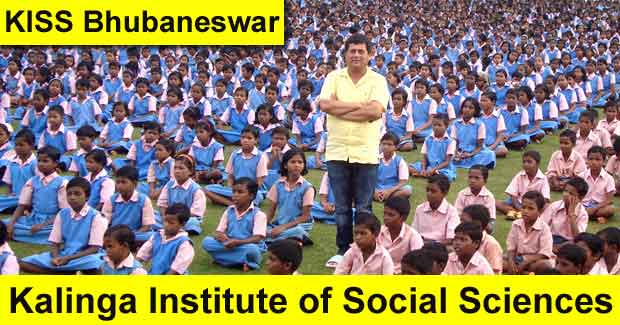 On Wednesday, 15,225 KISS students made the human sentence ‘We urge for world peace’ in the presence of Guinness World Records officials. On the eve of the International Human Rights Day, the students gave a message of peace to the world as well as need to join hands against terrorism.

The second record was created when the students achieved ‘Most simultaneous hi-five in a human chain’. As many as 25,151 students participated in making of this record.