Do you know the Odisha connection of Kohinoor diamond, one of the world’s largest diamonds, originally from India, which today adorns the crown of the British monarch.

According to a letter preserved in the National Archives in New Delhi, Maharaja Ranjit Singh, who ruled large parts of northern India in the late 18th and early 19th centuries, had offered the Kohinoor, to Lord Jagannath. The British, however, took away the diamond from Ranjit Singh’s son, Dalip Singh, in 1849.

A day after informing the Supreme Court that the much fabled Kohinoor diamond was ‘gifted’ to the East India Company, the Centre turned around the next day to claim instead its deep “resolve to make all possible efforts to bring back the Kohinoor Diamond”.

Rounds of meetings have already begun between the ministry of external affairs, culture ministry and the law ministry to prepare an ‘action plan’ for the retrieval of the fabled stone. The only route found so far is the ‘amicable’ one and with good reason.

Kohinoor has a controversial history and there are many claimants to it, opined noted Scottish historian, writer and curator William Dalrymple.

Delivering 20th Lecture of Odisha Knowledge Hub Lecture series organised in Secretariat conference hall on Saturday, Dalrymple said the gem, weighing 105.6 carats, is one of the largest cut diamonds in the world.

Kohinoor is an integral part of Indian history, art and literature, said Dalrymple. Relating to the historical reference of King Ranjit Singh presenting the jewel to Lord Jagannath at Puri, he said it symbolises colonial sovereignty of the country.

Kohinoor is the most infamous diamond of the world because of the controversies around its ownership and after effects of its possession, added the Bafta Award-winning broadcaster and critic. Presently it is ceded to Queen Victoria as part of the British Crown jewels. 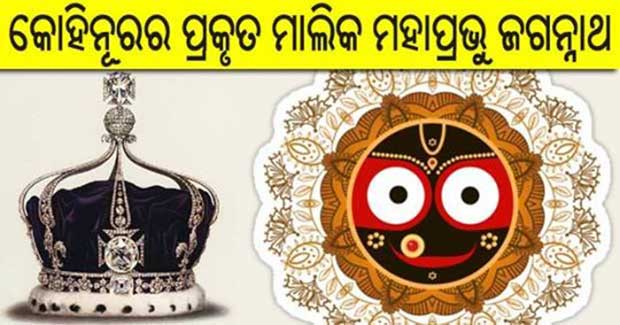