The iron scaffoldings around the Konark Sun Temple will be removed in two months after the Roorkee-based Central Building Research Institute (CBRI) said they were not required anymore.

The CBRI team, accompanied by an engineering team of the Archaeological Survey of India (ASI), inspected the sanctum sanctorum and outer walls of the temple. Later, an ASI official said that within two months, all the iron scaffoldings put up outside the walls would be removed.

ASI Bhubaneswar circle superintendent Arun Mallik said the scaffoldings installed around the temple in 1990 for the study of the safety of the structure has been completed.

“Contrary to popular misconceptions, the scaffolding is not supporting the temple. That was erected for going up the temple to study the structure and document its conditions. CBRI has submitted two volumes of report after its study,” said Mallik.

Tourists were unable to see the fine artwork of the temple due to the scaffoldings. Konark Suraksha Samiti, a local outfit raising its voice for better preservation of the temple, welcomes the step. 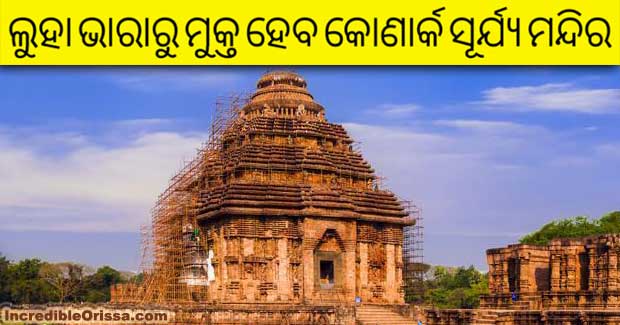