Krishna is from Odisha, but made his name big as a Bollywood playback singer. He has sung in 22 Indian languages.

Krishna Beura got his first break when he approached Sanjay Dutt. Sanjay not only liked his singing style but also gave him a chance to sing in four films. From then, his journey as a singer began in Bollywood. 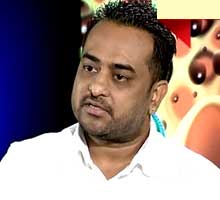 Watch this candid interview in which Krishna Beura talks about his move from Dubai to Mumbai, how he got his first break in Bollywood, his Odia songs, his experiences at concerts, changes he would like to see taking place in the music industry, his latest songs and much, much more!