The official trailer of new Odia film “Krishna – Story Of A Dancer” released recently. It will depict the journey of Odisha’s famed Prince Dance Group from Berhampur to India’s Got Talent.

This movie is made under the banner of Prince Production Pictures. It is produced & directed by Krishna Reddy and music composed by Krishna & Sai Lakhan. It stars Krishna Reddy, Suryamayee Mohapatra, Prince Dance Group amongst others.

Krishna Mohan Reddy, the brain behind the Prince Dance Group, who had won TV reality show “India’s Got Talent” in 2009 after leaving everyone spellbound with his scintillating performance is the central character of this film.

The trailer gives a glimpse of the struggles of Krishna to become a dancer and form a troupe that went on to win the coveted reality show in spite of all odds.

This lad from Berhampur is at the helm of affairs of this 140-minute-long docu-drama as the music composer, producer, director, script-screen-story writer of the film. 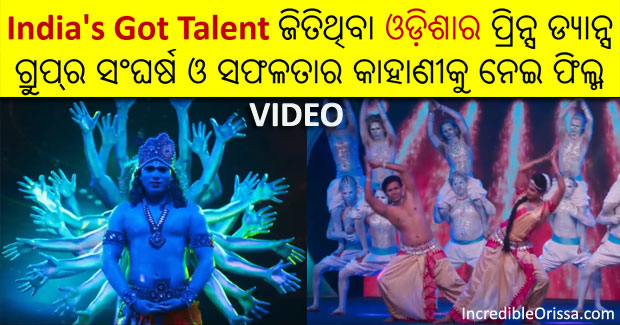