Odisha’s Krushi Bhawan has been shortlisted for the World Architecture Festival award 2019 – one of the most coveted globally alongside other iconic structures like International Olympics Council in Lausanne.

The 1,30,000 square feet administrative centre has been designed as an office for a team of nearly 600 people, in addition to accommodating spaces for community engagement and learning. It comprises a learning centre, library, auditorium, a gallery, training rooms, garden and public plaza at the ground floor and the restricted office areas on 1st, 2nd and 3rd floors of the building. The rooftop has been designed to house urban farming exhibits and demonstration of agricultural best practices.

“Krushi Bhawan was originally planned as purely administrative space. Studio Lotus – the architecture, took a cue from Königsberger‘s original vision for Bhubaneswar where he saw the Capital Complex with a host of government offices becoming a lively point of public life. Thus, the architects’ suggestion to include public functions and community spaces to create a building that would add to the city’s social infrastructure was included in the project,” an official source said.

The building is designed as a passive-cooled structure with a unique ventilation system and a high thermal mass that keeps the building naturally cool and reduces energy cost. The facade consists of a brick-louvered screen that acts as a solar shading device and expresses itself in the pattern of Ikat weaves, its colors representing the geographical diversity of the region, said sources in Lotus Studio. 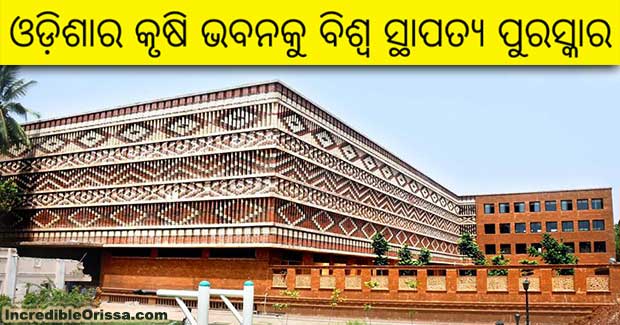