Brajraj Singh Mohapatra, the last living king of British India, died penniless in a dilapidated hut, but his subjects, the residents of Puruna Tigiria kingdom in Odisha, ensured his funeral was observed with grandeur.

The people of Tigiria left no stone unturned to ensure a grand farewell to their king Brajraj Khyatriya Birabara Champati Singh Mohapatra, who passed away 10 days ago at the age of 95.

Living in relative obscurity, Brajraj was the last living king of British India. His “kingdom” was Tigiria, in Cuttack district, 60km from Bhubaneswar. Brajraj’s death ended the dynasty his forefathers from Rajasthan had established in 1246, in the hilly and heavily forested Tigiria.

READ: Second Agriculture university in Odisha to be set up in KBK region 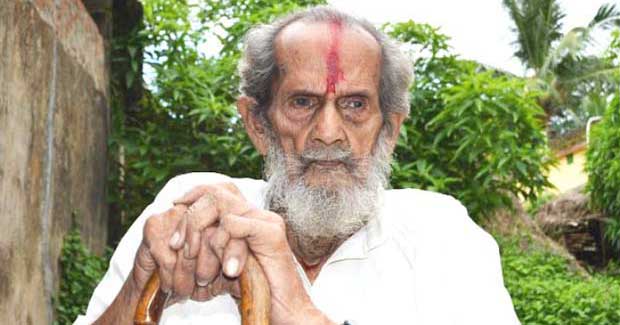 At his deathbed, surrounded by adoring ‘subjects’, the king’s last wish was that Rs 10 be collected from the people of Purana Tigiria — his last and smallest circle of influence — to cremate him at the place of his death. To the villagers, he was more paternal than royal. “He would rather be called aaja (grandpa) than raja,” says Hemant Das, a retired bureaucrat and local resident.

Brajraj was flamboyant, but kind-hearted and generous. In fact, he continued being generous even he had little to give away. Much before his death he had become bankrupt and relied on the beneficence of the villagers.

An alumnus of Rajkumar College in Raipur, Brajraj wrote extensively for magazines. He received an yearly honorarium of Rs 50,000 a year from the college — he was a liftime member of its governing body. This money he dispersed among the needy.

The maharaja, who is survived by his wife, Rasmanajari Devi, a former MLA and three sons, had been living away from his family since 1987 following differences. Champuti Singh, one of whose sons lives in Bhubaneswar, spent the better part of his last years in a ramshackle, asbestos-roofed room that leaked profusely when it rained. Bedridden for the last 12 days following old-age ailments, when he breathed his last in Tigiria, about 80km from here, he was surrounded by villagers who gave him company throughout his final moments.

Brajraj’s ekadasha ceremony was observed on Thursday and was attended by over 5,000 guests. “It was our king’s wish that we observe his funeral rituals. So, all of us came together, contributed money and observed his ekadasha,” said Monoranjan Mohanty, a native of Tigiria.

The budget of the event was Rs 6 lakh and the entire amount was donated by villagers. “Each family in the village has donated a minimum of Rs 200. Some villagers gave more than that. The king’s sons wanted to contribute but we didn’t let them,” added Mohanty.

The villagers formed a memorial committee to organize the event. The venue for the event was the village high school ground near the king’s hut. Along with members of the erstwhile princely states of Odisha, minister Usha Devi, local MLAs and other dignatories attended the event. The king’s sons were also present. Mahaprasad was served to the guests and a bhajan samaroh and a smruti sabha were also held on Thursday.