The Leaning Temple of Huma in Odisha’s Sambalpur is the only leaning temple in the world.

The main deity of this temple is Lord Shiva. This temple was built in 1670, by King Baliar Singh, who was the fifth king of the Chauhan Dynasty of Sambalpur.

It is known as a leaning temple because it does not stand upright, but is tilted more towards one side. It is not known if this structure is leaning by design or from another reason. While the edifice leans, the pinnacle of the temple is perpendicular to the ground.

The surprising thing is, the main temple tilted to one direction and other small temples tilted to some other direction. And within the temple complex i.e. within the boundaries of temple, everything found to be in tilted condition including the boundaries.

Investigators, even local residents feel either thundering sounds, current force of river or quality of soil may be the reason behind its tilting though there is no recorded evidence available behind this phenomenon. Although the pyramid of the temple is tilted, the base lies parallel to the ground level.

Lots of local people and priests says the inclination has not changed in the last 50 years. 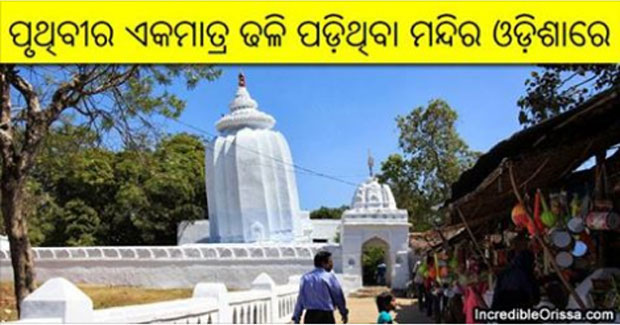