Visitors to the historic Sun Temple in Konark, a Unesco world heritage site, is likely to witness the light and sound show within a month. On Wednesday night the tourism department conducted the final preview of the Rs 5.5-crore project. The audience will be provided with wireless headphones, the first of its kind facility in the country.

“We will give high quality wireless headphones to the audience to ensure clarity of sound. Those, who watch the show without headphones, will not be able to hear anything. This technological intervention is the first in any light and sound show in the country,” said tourism director Nitin Jawale. 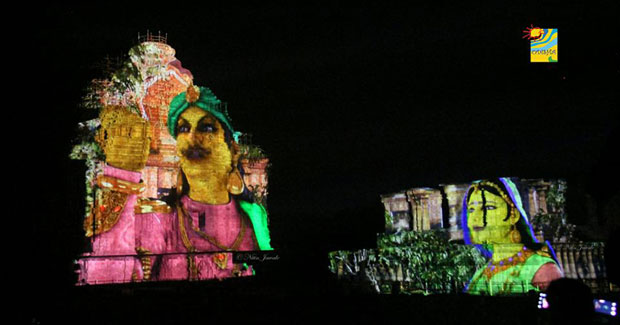 The India Tourism Development Corporation (ITDC), which executed the Konark project funded by the state government, has prepared the 40-minute show in Odia, Hindi and English. There will be language options in the headphones and a tourist can choose the most convenient one.

While Bollywood actor Kabir Bedi’s voice was recorded to narrate the historical and religious significance of the 13th century monument in English, popular actor Shekhar Suman and Ollywood veteran Bijay Mohanty lent their voices for the Hindi and Odia versions, respectively.

Sources said the tourism department is planning to charge Rs 30 per person for the show at Konark, the timing for which will be finalized soon. This is over and above the ticket prices charged by the Archaeological Survey of India (ASI) – Rs 30 for each domestic visitor and Rs 500 for every foreigner – to enter the heritage temple.

Since the monument is open from 6 am till 8 pm, we plan to run the 40-minute show between 7 pm and 8 pm. The light and sound show will be on daily except during the rains, another officer said. Around 250 tourists will be able to watch the show together. “We have already bought 250 headphones, which will be available at our ticket counter. The audience can watch the show, depicting history of the temple, which is believed to have been built by King Narasimha Dev-1 in 1255 CE,” the officer informed.

The temple is a gigantic chariot with elaborately carved stone wheels, pillars and walls. Every day, over 4,000 tourists visit the Sun Temple. The state’s first light and sound show at Dhauli peace pagoda, started in August 2015, does not have the facility of wireless headphones. 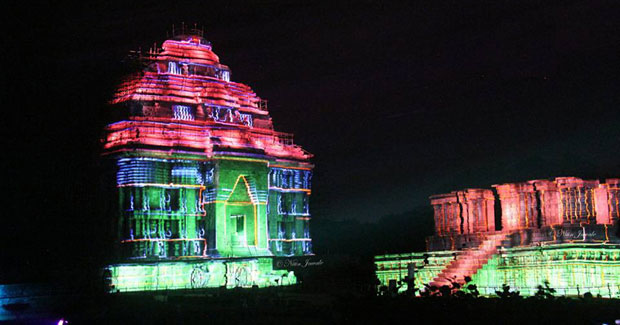