Samaleswari temple trust board is planning to beautify the heritage pond in its premises with light and sound show in order to attract more tourists to the famous shrine.

The script for the proposed light and sound show at Samaleswari temple will be ready within one month. Samaleswari Temple Trust Board president Sanjay Baboo said the script for the show is being prepared by the Head of Department (HoD) of History department, Sambalpur University Biswajit Pradhan. The script of half-an-hour duration will be prepared in Odia, Hindi, and English.

The consultancy firm, selected for the project, has already prepared the Detailed Project Report (DPR) for the light and sound show, which will be held on the temple premises, as announced by the State Government in October 2017. The Government had sanctioned Rs 7 crore for the project.

While the show in Odia is intended for visitors from within the State, the use of the other two languages is aimed to educate tourists from outside Odisha and abroad on the history of Sambalpur and the shrine.

Balram Dev, the first Chauhan King of Sambalpur, had constructed the temple in the 16th century. The temple, constructed in proto-Nagara style, is located on the banks of Mahanadi river and attracts thousands of devotees and tourists from across the State, besides neighbouring Chhattisgarh and Jharkhand.

District Tourist Officer Hemanta Pradhan said the technical tender for the execution of the project will be floated after the preparation of the script. 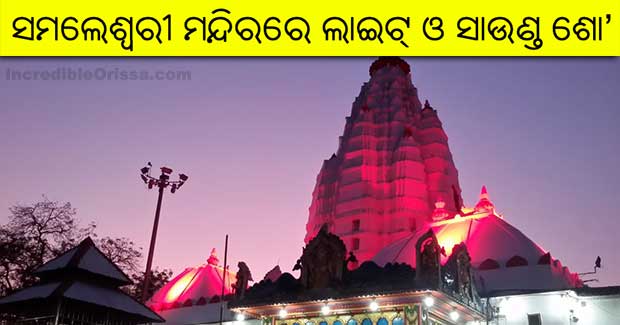