Lakhs of devotees thronged the Lingaraj temple on Thursday on the occasion of Maha Shivaratri.

The rituals culminated with the ‘Mahadeepa’ being lifted atop the temple crown (dadhinauti) at around 9.35 pm. Sources said all the rituals were completed early which resulted in the half hour early in raising of the ceremonial lamp. Heads of three Sevayat Nijogs were present inside the temple to monitor timely conduct of all the rituals.

The temple doors opened at 3.00 am with the ‘aalati’ ritual. With a large crowd waiting outside, priests allowed the ‘Sahan Mela’ (darshan) of the deity from 3.30 am to 10.30 am. Over one lakh devotees took turns to enter the sanctum sanctorum of the temple to make offerings to Lord Shiva. The temple was re-opened at 3.45 pm for public darshan.

The devotees, who were on a day-long fast, waited patiently for the final ritual to be over after which they broke their fast.

In addition to 12 CCTVs installed last year, 22 new ones were installed on the temple premises this year to strengthen the surveillance system. The Bhubaneswar Municipal Corporation deployed its personnel to provide drinking water to devotees besides undertaking sanitation work around the temple.

While the temple was beautifully decorated, ‘bhajan samarohs’ were being held round the clock. Different religious organisations and institutions organised cultural programmes in the evening to celebrate the festival. Tight security blanket was thrown around the temple premises. The Commissionerate Police imposed traffic restrictions in Old Town area in view of rush of devotees.

Devotees also stood in serpentine queues since wee hours of the day to offer prayers at temples of Lord Shiva across the City including Jaleswar, Nilakantha and Kapileswar. All the temples were beautifully illuminated for the occasion. 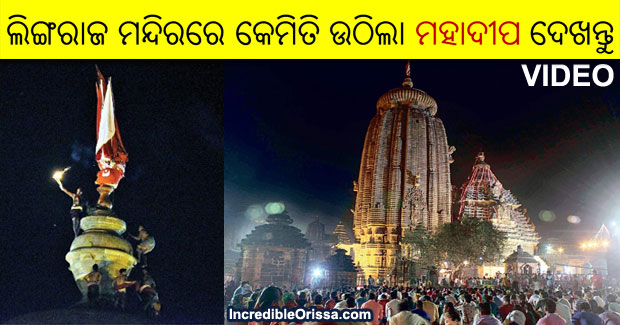