Lipsa said that her family belongs from Puri, but she studied in Bhubaneswar at Utkal Sangeet Mahavidyalay, BJB college and Utkal university.

She has a dream to become a lecturer. She is the winner of Tarang TV’s ‘Big Break’ talent hunt show. Then Lipsa became a household name, when she started acting in serial ‘Kichhi Luha Pi Jae Otha’. 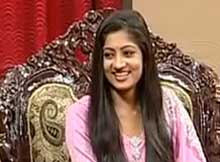