The lyrics have been penned by Tanishk Bagchi, who has also composed the track. Meanwhile, Badshah has written his own rap. Harrdy Sandhu is joined by Lisa Mishra and Asees Kaur in the upbeat dance number picturised on the star cast in a nightclub.

Have always wanted to sing for @dharmamovies and now it’s finally time! #ChandigarhMein from #GoodNewwz is almost here!!! Thank you so much @tanishk_bagchi and @azeemdayani for having me on this track! That too, with the dream team of @badboyshah @harrdysandhu @akshaykumar @kiaraaliaadvani @diljitdosanjh and #KareenaKapoorKhan in the kickass video 🤯 💥 BANGER ALERT!

Born in Odisha, Lisa moved to the US when she was only six years old, but she inherited her love for Hindi songs from her parents – her father is a banker and mother is a retired professor-turned writer – and singing for films is her wildest dream come true.

“Yes! My family has always loved the movies, so we were raised on Bollywood songs. The first time I ever sang a song for my parents was ‘Jadu Hai’ from Ghulam when I was 4 years old. Needless to say, singing in Bollywood is very much a dream come true,” she says.

Even though her life is playing out like a movie script at the moment, Mishra, a data-analyst in Chicago, has not decided about giving it all up for a singing career in Hindi cinema. 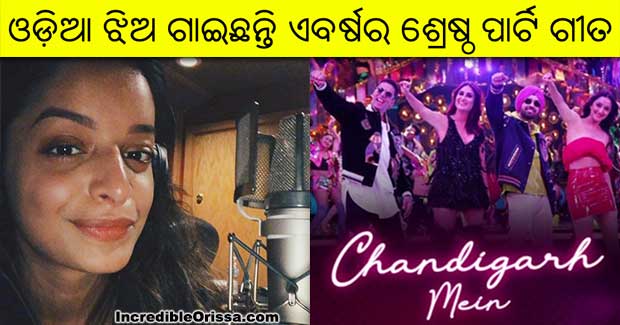