A 3.119 km long bridge will be built over the Mahanadi river, which will become the longest bridge of Odisha. Foundation stone of the bridge was laid by Works Minister Prafulla Kumar Mallick on Saturday.

The work of Gopinathpur-Baideswar bridge via the Singhanath shrine over the Mahanadi has been handed over to the SP Singla Constructions Private Limited. The bridge work will be completed by July 26, 2021.

The Chief Engineer (World Bank Projects) Odisha said this Rs 131-crore project, assisted by the Nabard, when completed, would be the State’s longest bridge.

Its length would be of 3,139 meter and overall width of main bridge including footpath and crash barrier would be 11.50 meter. Carriage way of bridge connecting the Singhanath Pitha would be four meter. 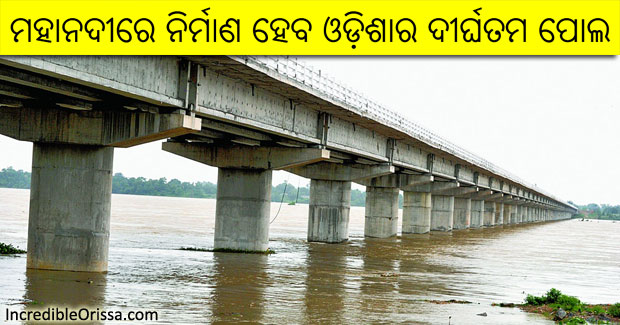