Firebrand Congress leader and former MLA Lalatendu Bidyadhar Mohapatra (Lulu) was suffering from a prolonged illness of liver and was undergoing treatment since last month. The 52-year-old breathed his last at the Gurgaon Medant Hospital.

According to his brother Lalitendu Mohapatra, he was suffering from liver cirrhosis and was under treatment in Gurgaon based Medanta hospital since past three weeks. His condition deteriorated after 7:30 this evening and he breathed his last few hours later.

Condolences poured in from party colleagues and political rivals alike after the news spread.

Family sources said his body will be flown to Bhubaneswar on Monday and will be taken to his native place in a procession before cremation.

The three-time Congress MLA represented Brahmagiri assembly segment in a row from 1995 to 2009 and was executive president of the Odisha Pradesh Congress Committee (OPCC).

A man of aggression, Lulu’s name often did the rounds for OPCC president job. He was a front runner when incumbent Prasad Harichandan took over in 2014. He was currently OPCC coordinate committee member.

A graduate in history and political science from BJB College, Lulu rose the ladder from student politics. He enjoyed the support of youth and student Congress cadres throughout his political career, which was considered his biggest political asset till his death. His supporters had formed ‘Lulu Sena’ who worked for any cause he took up. He was extremely vocal against and critical of Naveen Patnaik government regime. 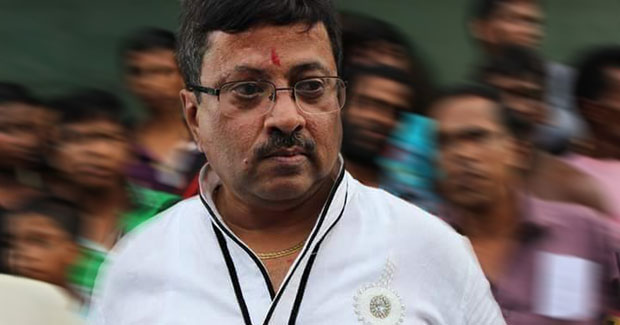