The Odisha government and the Railways are planning to jointly introduce a luxury train like ‘Palace on Wheels’ or ‘Maharajas’ Express’ in the state to attract high-end and foreign tourists.

The Tourism department will prepare a feasibility report on the project taking into consideration all aspects including infrastructure facilities available in different tourist destinations of the State.

A discussion regarding the issue was conducted between Sanjiv Garg, additional member (tourism and catering) Railway Board, and state chief secretary Aditya Prasad Padhi. The railway board had already sent a letter to the state government to start the service in the state.

The Railways runs five luxury trains like Maharaja Express, Palace on Wheels, Deccan Odyssey, Golden Chariot and Heritage Palace on Wheels in the states of Rajasthan, Karnataka and Maharashtra.

Normally the luxury train has nine coaches for different facilities and 12 or 13 coaches for tourists. Every coach has berth for 88 tourists. Around Rs 2.5 crore is spent for making of a coach. This type of train is also called as ‘Train Cruise’ which can connect popular tourist places like Chandipur, Bhaitarkanika, Similipal, Konark, Puri, Balugaon, Chilika, Debrigarh and Sambalpur. 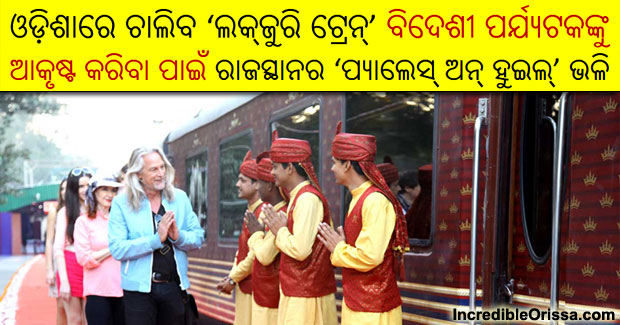