Actress Madhuri Dixit Nene will perform at the opening ceremony of the Odisha Hockey Men’s World Cup Bhubaneswar 2018 on November 27.

She will be joined by 1,100 artists. The show will unfold over five acts during a 40 minute performance with Shiamak Davar choreographing. Ranjit Barot has created the original music score.

The show is created, written and directed by Nupur Mahajan, the production will feature Madhuri as the central character — Mother Earth, read a statement.

“The Earth Song” will show contemporary, classical, jazz, ballet, Afro as also sattriya, Odissi, mohiniattam, kathak. It will also comprises drama, dialogue and original music to deliver a strong message of oneness. The story will be told by Mother Earth.

ALSO READ: LCDs to be installed in all assembly constituencies for Hockey World Cup 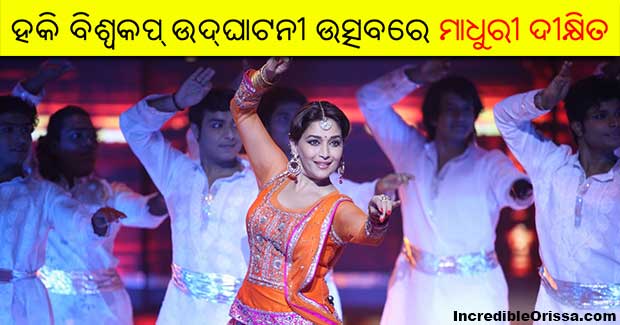