Along with getting place among top 5 contestants, she won ‘Best National Costume’ and ‘Best Talent’ titles in the beauty contest.

The lehenga with beautiful fabrics showing the glimpse of Odisha’s art and culture that she had worn during the Best National Costume round had helped her to impress the judges and win the title.

Maitri Monali Pradhan won Best Talent 2018 title leaving behind the contestants from 30 other countries at the competition. 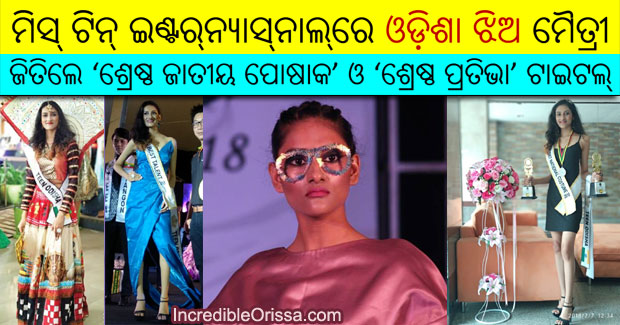