A unique idea has made this Government Nodal Upper Primary School in Malkangiri district’s Chitrakonda block attractive for students. The nine-decade-old school has got its classroom walls painted as a train and is grabbing a lot of eyeballs.

Most school children in this impoverished swathe of eastern India had never seen a train before, too poor as they have been for decades to travel out to the cities. That’s when one government school decided to take matters in its own hands.

The Government Nodal Upper Primary School in the district’s Chitrakonda block has done up its building to resemble a train, using funds from a scheme called Building as Learning Aid (BaLA).

The school’s walls are in shades of blue, just like a real train, and doors lead to classrooms. The school calls itself Malyabanta Express. ‘Malyabanta’ refers to the contiguous tribal belt in Odisha, Chhattisgarh and Andhra Pradesh.

The makeover of the 90-year-old school, with 13 teachers and 620 students, came about after it was enlisted in the government’s BaLA project. The job was completed on August 20, and it has left the students dazzled. 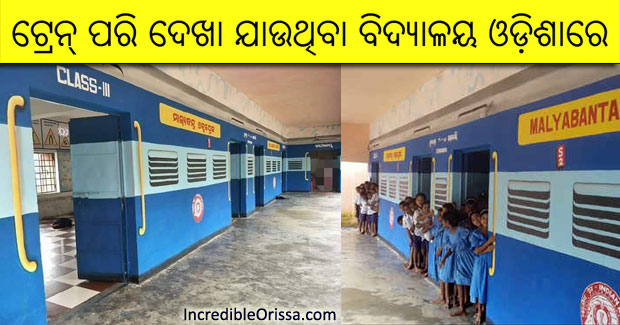