Veteran Odia actress Manimala Devi passed away at a private hospital in Bhubaneswar on Thursday. She was admitted to the hospital for treatment of her old age-related complications. She was suffering from chest congestion before her death, the actor’s son Shankar Ghosh said.

Several people from the Odia film industry, well-wishers and relatives rushed to the hospital to pay their last respects after the news of her death spread. Chief Minister Naveen Patnaik had condoled the death of Manimala on micro-blogging site Twitter.

Born on 19th June, 1931 at Balibisi village in Cuttack, Manimala Devi was introduced into acting by legendary actress Radha Rani Devi at the tender age of nine. She was brought into the folds of Annapurna Theatre by Radha Rani, and her tryst with the arc lights began. However, she moved to Cuttack in 1945 and joined Annapurna Theatre ‘A’ group. It was with the play Jaydev that Manimala started her acting career.

Having already distinguished herself on stage for over two decades, Manimala Devi entered into Odia films in 1960 with the award winning film Sri Lokanath and was a trailblazer of her time. She acted in more than 50 films of which 14 got the President’s award. Some of them were Sri Lokanath in 1960, Laxmi in 1962, Surjya Mukhi and Jeevan Sathi in 1963, Abhinetri and Malajanha in 1965.

Two of her films directed by eminent director Nirod Mohapatra, bagged the Rashtrapati Award for second best film at national level (1983). Manimala Devi was also highly acclaimed for Klanta Aparanha in 1986, Nisiddha Swapna in 1987 and Kichki Smruti Kichhi Anubhuti in 1988 and Andha Diganta in 1990, all of which were directed by Man Mohan Mohapatra. The Sangeet Natak Academy awarded the undisputed queen of Odia films with a life time achievement award for her unswerving dedication and priceless contribution to art & culture and she was conferred with ‘Kabi Samrat Upendra Bhanja’ Award in 2012.

Her face was a landscape of emotions. She was as natural as life on screen. Starting from Sri Lokanath to Abhinetri, Kaa, Malajahna, Bhai Bhauja, Maya Miriga, Klanta Aparahna, she was the incomparable queen of acting. There will be none like her.

Rest in peace Manimala Devi: the jewel of Odia film and theatre. 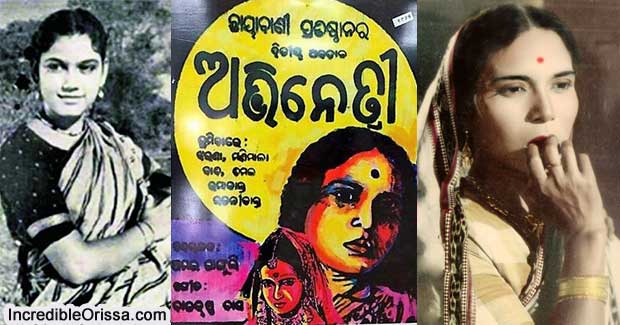