Soon MBBS graduates from government as well as private medical colleges will have to clear the National Exit Test (NEXT) to be able to practise medicine in India. Union health ministry believes that the move will standardise the medical education in India.

The uniform National Exit Test (NEXT) as proposed by the government will be the first-ever four-in-one test that will be conducted for MBBS graduates, foreign medical graduates, PG aspirants, the UPSC-CMS (combined medical services) aspirants so as to become eligible to practise medicine in India.

The exam will substitute the existing All-India PG entrance test conducted annually, the UPSC-CMS exam which is conducted to recruit medical graduates into a variety of Central government organisations and the foreign graduate medical exam, mandatory for foreign medical graduates to practise in India.

The provision is part of a bill drafted by the ministry of health on the basis of reforms suggested by a high-powered committee led by Niti Aayog vice-chairman Arvind Panagariya to address concerns over quality of education in medical colleges and of doctors, said a senior health ministry official.

The health ministry has published the draft bill—named the Indian Medical Council (Amendment) Bill, 2016—on its website and has sought feedback from public till 6 January.

A new set of amendments to the Indian Medical Council Act, 1956, has been suggested. The plan is to insert a new clause in the legislation for securing up to 50% of seats in postgraduation courses in government colleges for medical officers in government services who have served at least three years in remote and difficult areas. After acquiring post-graduate degree, the medical officers may be required to serve in remote or difficult areas for another three years.

A similar scheme by the UPA government to have more presence of doctors in the countryside failed because of the lukewarm response from the doctors. However, this time, a change in the law has been proposed to improve the implementation.

India currently has upwards of 17,000 postgraduate seats and about 25,000 primary health centres. However, the doctor-patient ratio remains one of the world’s worst as a large number of doctors do not serve in the countryside.

ALSO READ: Parents can take back property gifted to a son if he ill-treats them 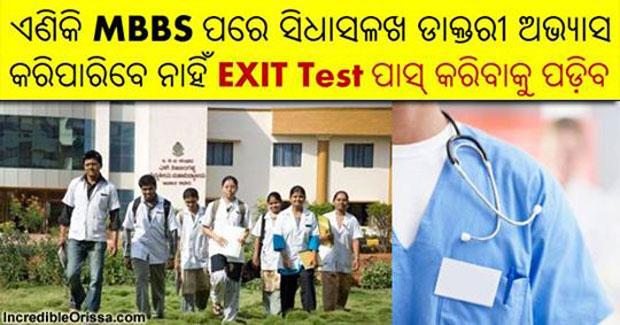