The medical college is expected to play a catalyst in improving health standards of the state’s tribal-dominated areas. Pandit Raghunath Murmu, after whom the college is named, was a social reformer and invented the Ol Chiki script for the Santali language-speaking people.

The college will also cater to the health needs of neighbouring Jharkhand and Bengal. This is the fifth government medical college in the state. Earlier, it had three such colleges and the fourth one was dedicated to the people on September 4 in Koraput. With the establishment of this medical facility, which has 100 MBBS seats, the number of MBBS seats has touched 850 in the state.

Stating that the government was working earnestly towards promoting health standards through strengthening medical education and tertiary care by bringing it closer to all, Naveen said: “The medical college is a tribute to many great leaders of the state, including Maharaja of Mayurbhanj Sriram Chandra Bhanj Deo and late Biju babu, who believed in multi-disciplinary approach for tackling health and development problems of the areas.”

The chief minister laid its foundation stone on May 18, 2015, and its construction was completed within two years. The medical college has come up in area of 21.01 acres with an investment of Rs 185 crore. Biswalalitha Majhi, a student, said: “My dream to be a doctor is going to be a reality. It’s a proud moment for me to become a first-batch student of the medical college. It will be written in the annals of history.” 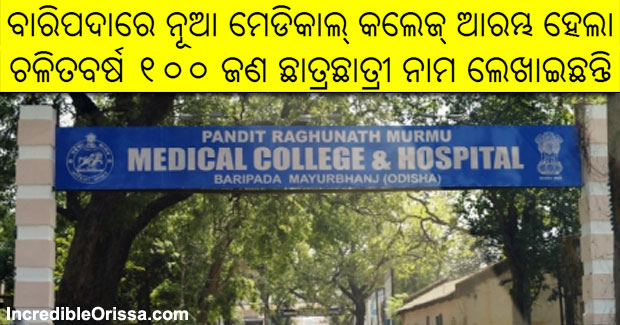