If sources to be believed, then Ollywood superstar Anubhav Mohanty’s upcoming odia movie in Dussehra (Durga Puja) titled as “Mental”.

The film will be produced under his home banner Vishnupriyaa Art & Graphics.

Dilip Panda will direct it and Prem Anand may compose all songs. Barsha Priyadarshini could be seen in the female lead.

Anubhav fans know that Anubhav is a big admirer of Bollywood star Salman Khan. He always follows Bhai’s style in his films. 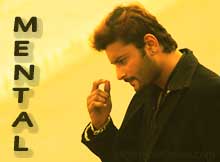 Mental was the working title of Salman’s recently released film ‘Jai Ho’. For some unknown reasons, Anubhav loved the title and registered it now for his upcoming flick.

More details about Mental will be updated soon.

54 Comments
Improve your male potency and fight back the premature ejaculation. With the help of tadalis-reviews.com you will have your healthy sexual life back in no time. Order it with Priligy online and forget about premature ejaculation once and for all.
Copyright © 2022 Incredible Orissa.
error: Content is protected !!