Did you know that Odissi was the only Indian dance form present in Michael Jackson’s 1991 hit single Black or White?

It was one of Jackson’s most controversial songs against racism. At the close of the song, a dancer dressed in red and gold matches steps with Jackson. Her name is Yamuna Sangarasivam.

How did Yamuna Sangarasivam get a chance to dance with Michael Jackson in his iconic “Black or White” video — which premiered in 27 countries to an audience of 500 million?

Although she was a huge fan of the King of Pop, she never imagined that she would meet him, let alone dance a duet with him in one of his music videos! She heard of Jackson’s call for ethnic and modern dancers and auditioned — along with more than 3,000 others — because the amazing opportunity blended her passions for the anthropology of music and the anthropology of dance with her expertise in Odissi dance (classical dance tradition of Odisha, India).

When she got the call that she’d been chosen, she happily accepted, promised to immediately get an agent, calmly hung up, and “then I just screamed!”

Her duet with Jackson was shot on location during an approximately 14-hour session that shut down a Los Angeles expressway to film them dancing with stunt drivers whizzing through the foreground and background. 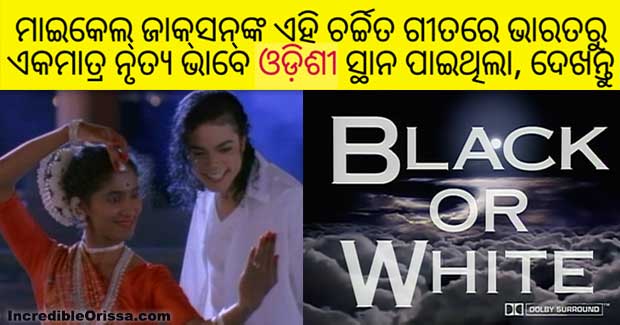