Bollywood singer Mika Singh sings ‘Odia Cheer Song’, which calls out to all Odia people across the globe to stand united as Bhubaneswar hosts the Men’s Hockey World Cup.

The video has had famous Ollywood director Susant Mani adding his directorial touch to it, the lyrics have been penned by Sachin Das Burmaand the music composed by Ollywood, composer, Goodly Rath. Ollywood singer, Lipsa Mohapatra has been the female voice joining Mika in singing out the song.

Mika, singing for the second time in Odia, reacted to it by stating that “It is a very big thing for me, as I’m singing for our National Hockey Team!” He also wished the team a resounding victory.

Eleeanora Images MD Manav Rath said, “This track is not only meant for the Hockey World Cup, but is also an ode to the colourful, hospitable and celebratory spirit of Odisha.” 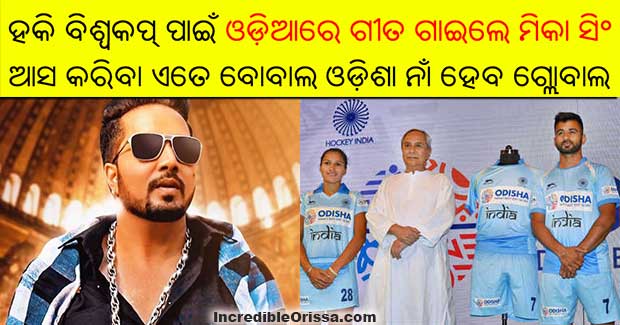