Do you know that Mindtree co-founder Subroto Bagchi is an Odia from Bolangir, Odisha? Yes, it is true and a fact of pride for all Odias.

Subroto Bagchi co-founded Mindtree in 1999 along with 9 other co-founders. Mindtree is a $500 million, Global IT services company with approximately 13000 people. It is listed at the National Stock Exchange and the Bombay Stock Exchange in India.

He was born in Patnagarh in Bolangir District to a small time government servant in a house where there was no electricity and no primary school nearby. As a result, he did not go to school until the age of eight; he was home-schooled. 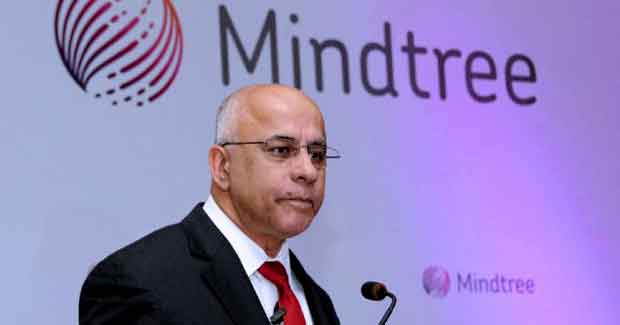 Subroto Bagchi studied Political Science at the Utkal University. He had an all through first class career and won several scholarships.

He started his work life as a clerk in the Industries Department of the Government of Odisha in 1976. After a year of working there, he qualified to be a management trainee in DCM in 1977 where he worked for the ensuing 5 years. In 1981, he entered the computer industry and worked for a number of computer companies between 1981 and 1999 in various functions like sales, marketing and operations. His longest stint was at Wipro where he became the Chief Executive of Wipro’s Global R&D before working for chairman Azim Premji as corporate Vice-President, Mission Quality. He left Wipro in 1998 to join Lucent Technologies. He left Lucent a year after to co-found Mindtree in 1999.

Subroto Bagchi started as the Chief Operating Officer at Mindtree after its inception in 1999. Soon Mindtree was hit by the global economic slowdown and then the events of 9/11. Many early-stage companies collapsed during this time and Bagchi moved to the US and helped the leadership team stay together through the difficult years. During this time, he articulated a new positioning for Mindtree as the best mid-sized company from India, which later became a reality.

Mindtree recently launched its Global Learning and Software Delivery Centre, Mindtree Kalinga, in Bhubaneswar. The facility, that would serve as a training centre for the company’s recruits as well as software delivery centre for its global clients.

Subroto Bagchi is best known for co-founding Mindtree and for being a business author.