Odisha Chief Minister Naveen Patnaik flagged off the ‘Mo Bus’ service in Bhubaneswar ahead of the Men’s Hockey World Cup. He also took ride in ‘Mo bus’ to reach the State Assembly.

During the journey, he took selfies with passengers and also bought ticket. It was a rare sight as the CM is always escorted to the secretariat/assembly in carcade amid tight security.

ALSO READ: Bargarh Dhanu Yatra is all set to begin from 11th January 2019

“I am glad to launch ‘Mo bus’ service today which will be able to handle traffic in Bhubaneswar, Cuttack and Puri. I’m also happy that the crew of the buses are passenger-friendly and half of the crew member are women. The buses are also fitted with modern technology like Wi-Fi,” he said.

Bhubaneswar Municipal Corporation (BMC) Commissioner, Krishan Kumar said in ‘In Phase-I, 100 new buses will start running on 9 routes under the ‘Mo Bus’ service. Commuters can get regular bus services in every 10 and 15 minutes in peak and non-peak hours respectively,”

The buses will operate daily for 15 hours from 7 AM to 10 PM on 9 routes according to the network plan finalised earlier. While the Phase-II of the services is scheduled to be launched from November 15, the Phase-III will be rolled out on December 10, sources said. 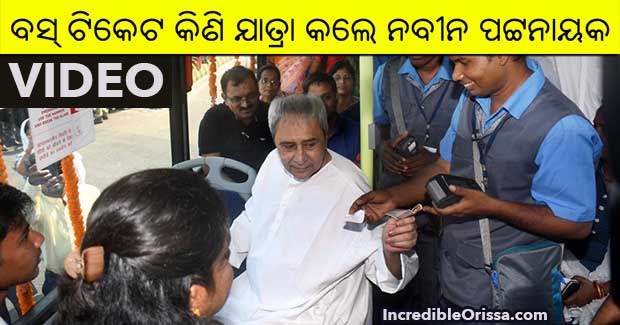