Smart city Bhubaneswar will soon experience a technology-driven city bus service. The citizen friendly city bus service is likely to be launched on November 6 in Bhubaneswar, said the Capital Region Urban Transport (CRUT) in a release.

The buses will come up with smart technology like mobile app through which citizens can book their tickets and also get to know the locations of the vehicle and minimise their waiting time at their nearby bus queue shelters (BQS) or bus stops.

The new city buses, besides having technology-driven features, will be intelligently designed urban features as they will be featured with spacious cabin space. Designed as per the Urban Bus Design Code, the buses will be comfortable for use of urban public and far better than the private-owned public transport buses.

The mobile app for the city bus service will be both in Android and iOS operating systems and a desktop variant to track the locations of nearby BQS, checking arrival times of buses. The BQS will also have advanced features like digital screens to display the bus route numbers and the arrival times so that the waiting passengers would benefit.

The bus operation along with the mobile app will be integrated with the command and control centre of the Bhubaneswar Smart City Limited, commonly known as Bhubaneswar Operations Centre (BOC). Through the vehicle tracking system facility, the experts sitting at the BOC can also monitor the bus services and also coordinate with the mobile App service. 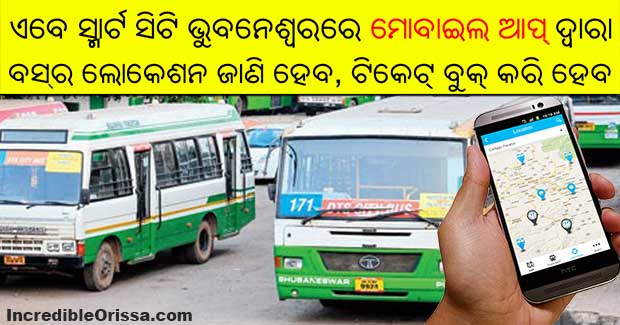