Prime Minister Narendra Modi addressed a massive rally in Koraput in the state of Odisha today on 29th March 2019. You can watch the full video below.

PM Modi begins his campaign rally in Odisha’s Koraput with “Jai Jagannath” slogans and says, “If anyone is responsible for the success of my government it is the people, Odisha’s people.”

PM Narendra Modi said, “It has been a month and Pakistan is still counting the bodies. When India takes action against terrorists, enters their home and kills them, even then some people here ask for proof.”

Urging his supporters to come out in large numbers on the voting day, PM Modi also asked them to vote with a clear choice in mind about the kind of governance they expect from their elected leaders.

He said, “Your vote will decide if a strong and decisive government is formed after these elections or a government that only shouts hollow slogans. It is for the people to decide how they want themselves to be governed in the coming years because even after decades of rule by parties like the Congress and BJD, the potential of the state of Odisha is greatly under-utilised.” 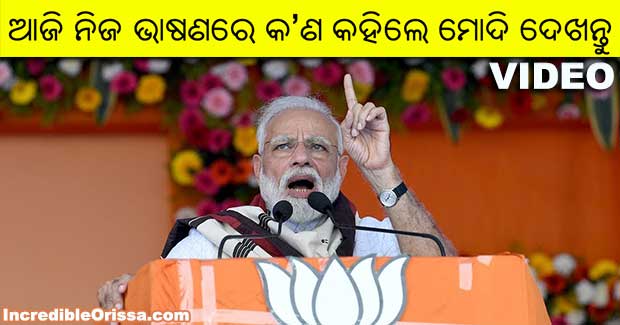