Veteran Bollywood playback singer Mohd Aziz passed away in Mumbai at the age of 64. The singer died in Nanavati Hospital in Mumbai due to cardiac arrest.

Aziz has lent his beautiful voice to some of the most memorable Odia film songs including Smruti Eka Rupa Janha, Rupa Sagadire Suna Kania, E Jibane Mo Jibane and Aaji Mun Peeni and many more.

Mohd Aziz, who was known for his love for Mohammad Rafi, started his musical career in Kolkata and then moved to Mumbai. His first big break came in with the film Mard, with the song Mard Taangewala, starring Amitabh Bachchan.

When it comes to Bollywood, Aziz’s duets with leading female singers like Lata Mangeshkar, Asha Bhonsle, Anuradha Paudwal and Kavita Krishnamurthy are hugely popular. As per reports he has sung close to 20 thousand songs in more than ten different Indian languages. 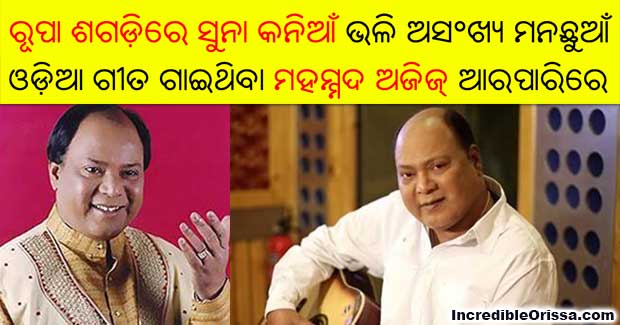