The Odisha government has decided to pay monthly pension to as many as 46,000 artistes of different categories, including Paika Akhada gurus, under the Mukhya Mantri Kalakar Sahayata Yojana (MMKSY).

Odia Bhasha Sahitya and Sanskruti Minister Prafulla Samal informed this in the State Assembly in response to a question of BJD MLA Rajendra Kumar Sahoo on Friday.

The Minister informed that 4,000 indigent artists are now being paid a pension of Rs 1,200 per month each under the Indigent Artist Pension Rule 1976.

In order to provide support to more artists, who have been promoting art and culture of the State despite all odds, the State Government has adopted the MMKSY since May 26, 2018.

About 62,000 artists from different districts have applied for inclusion in the scheme. It has been decided to provide pension to 46,000 artists out of them and the district level selection committees would finalise the names, informed the Minister. 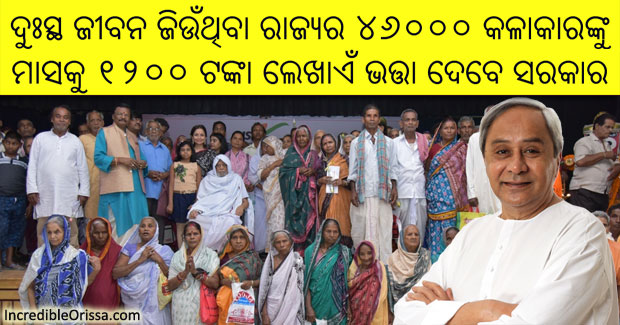