The commuters travelling in Mumbai new metro from Ghatkopar to Versova will get to know about the popular tourist destination of Orissa. The metro trains travelling in this route are covered with beautiful promotional wraps highlighting some of the major tourist places of the state.

Informing about this, tourism director Nitin Jawale said, “In order to promote tourist destination of the state we are letting no stone unturned. We have approached Mumbai Railway and they have agreed to our proposal to promote Orissa. As of now Mumbai Metro 1 running in line number one from Ghatkopar to Versova have wraps promoting Orissa tourism.”

Around one crore has been invested under this project where outside of the train body is covered with big poster wraps, while interior of metro coaches is also branding with attractive hoardings. 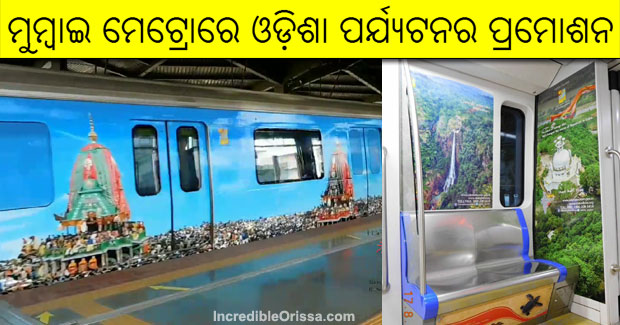